Orchestra Prémaman is a chain store selling maternity and kids clothing as well as childcare accessories.

Founded in 1995, the company is based in the south of France. 2,500 people are currently employed. Orchestra counts around 300 stores mainly located between France, Belgium and Switzerland. In 2020, Orchestra Prémaman made the decision to centralize of their logistics activities in Arras in a 120,000 m² warehouse with the ambition to strengthen the digital activity by 2024.

To reach its production expectations, Orchestra Prémaman wanted to move its warehouse from Saint Aunès, in the south of France, to Arras by carrying out a complete retrofit of its sorting and conveying system. The sorter and conveyors have been fully optimized and automated to process order preparation, store replenishment and returns with a great precision and a fast production rate.

TRANSITIC has installed a one-kilometer-long network of conveyors and an automatic tray sorter adapted to the fashion industry.

The automatic sorter was already present in the former Orchestra warehouse. It was disassembled and then completely optimized and modernized by our teams, in close partnership with Equinox MHE. By re-using an already existing machine, Orchestra limits its costs and reduces its environmental impact.

To meet our customer new goals, several technical features have been revised :

At maximum speed, the sorter can process up to 14,400 items per hour.

Results : The automatic tray sorter improves items flows and human errors are reduced to their minimum rate. The sorter processes more than 150,000 items per day to restock stores and send e-commerce orders. The wide oval shape optimizes all available space. 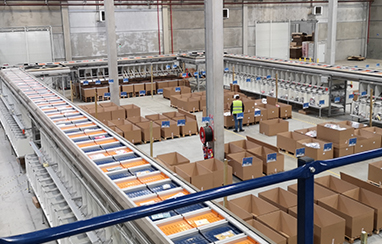 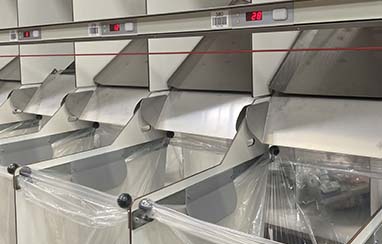 These conveyors generate flows that dispatch packages to different locations in the warehouse:

Results: The warehouse space is used to its maximum potential. The fully automated system, connected to the control software, ensures continuity, regularity and monitoring of performances. 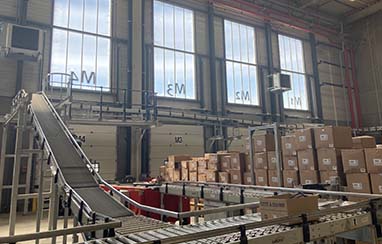 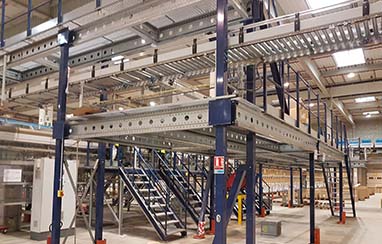 Any question ? Leave us a message :